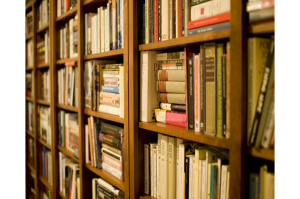 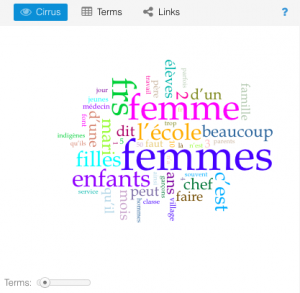 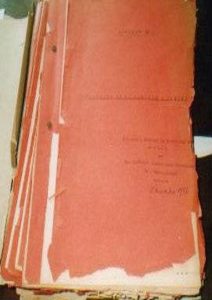 Researching the aftermaths of empire in and beyond the archives .

The project combines historical research, based primarily on archival material as outlined below, and contemporary research on  regions of Africa that were formerly subject to French occupation and colonial rule.

The principal archive housed on this site is called the SAVINEAU REPORT from French West Africa, 1937-8.

This extraordinary mine of information and insight into the colonial mind was brought to my attention thanks to the chief archivist of the Senegalese National Archives. He had discovered the SAVINEAU REPORT in a cupboard some years earlier in the 1990s and was looking for someone to work on it . One day, on returning to my desk, I found the complete crumbling copy 800-page archive waiting fro me. “This is important. Read it” he said.

The SAVINEAU REPORT recounts Denise Savineau’s travels across six countries of West Africa under French rule. It is the first and only in depth French account how women were experiencing life under colonial rule.

The SAVINEAU REPORT serves as the core document in a multidisciplinary analysis of the aftermath of empire in Africa. Thanks to the care and attention of the Senegalese National Archives, the original report was copied in time before it started to disintegrate.  You will find the only complete digital copy on this website. There are translations into English of the final 200-page overview report in which Savineau summarises her key findings (See Report 18 under Savineau Report).

Of particular interest are her comments on penal codes and imprisonment, on food production and the loss of agricultural land to cash crops, on the African women she encountered on her mission who had enjoyed more equality and liberty in their ‘traditional’ African communities than did many European women in the early 20th century.

Research on Contemporary Francophone West Africa in the aftermath of Empire

In this project, research themes and lines of enquiry cross the colonial-postcolonial temporal divide. On other words, the years from and during the colonial era to this day are treated as a continuous timeline.

The themes that animated the SAVINEAU REPORT also carry over into the contemporary research field. We work from the hypothesis that the colonial infrastructure that gendered the economic, social and educational worlds in which people lived in the era of empire-building was not dismantled at Independence. Indeed, in large part, this infrastructure has still not been dismantled in the decades that followed the end of colonial rule in 1960. Women remain more vulnerable to poverty in these regions, girls remain less likely to access quality education.

These inequalities and injustices are being monitored in this project in relation to the global community’s commitments to the Sustainable Development Goals 2015-2030. These goals address all the key structural issues Savineau reported on in her critique of life in the colonies in the 1930s. She drew our attention to an absence of educational infrastructure for female literacy and a lack of facilities for girls in schools. She noted the disappearance of financial autonomy among women, increasingly excluded as they were from wage-earning roles in the colonial economy. Of particular interest also are her comments about those women she encountered on her mission who enjoyed more equality and liberty in their ‘traditional’ African communities than women in France and Europe in the early 20th century.

The new resources uploaded on to this website include the English translation of Savineau’s key findings, and translations into English of six of her field reports, also by the project director. Digitised versions of all the original French reports are available as a corpus searchable with  Voyant corpus search tools. We have also digitised copies of related correspondence on Savineau’s mission all housed in the Senegalese national archives (including correspondence from local governors, one of whom considered her a meddlesome troublemaker!). Some of these digitised materials are now being deployed by newly-qualified teachers of French in English schools teaching the new A level syllabus introduced in 2017. That new syllabus provides better opportunities to extend the study of French in schools beyond mainland France. In addition to French resources, teaching materials for use in Geography and History are available in the LEARN and ACTIVITIES sections of the site.

[2] Known as ‘Subaltern Studies’, Indian scholars of the British Raj have been at the forefront of our understanding of how colonial history and archives have traditionally reflected the interests and realities of those who were in power, not those over whom they ruled. 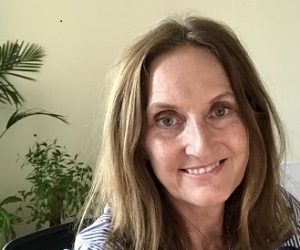 Claire holds a BA Honours in French with politics, a Master of Philosophy by dissertation in Politics (thesis subject: The politics of welfare in France: from inception to crisis), and a PhD in politics/development studies (thesis subject: a comparative study of gender politics and social policy-making in postcolonial Francophone Africa). She also completed training in French to English translation as an in-service trainee at the European Commission in Brussels. In addition to the conservation and translation of the archive, Claire brings to the project over 25 years’ experience working in the fields of politics, gender justice and latterly visual cultures in Francophone Africa. As senior research fellow in Francophone African Studies at the Wilberforce Institute at Hull University she initiated an art collection related to Africa and specifically Africa’s experience of the Atlantic slave trade. Leaving Hull to take up a post as Head of Modern Languages at the University of Chester her responsibilities included fostering high level research and publishing in the department. The Department of Modern Languages became part of the internationally-recognised research community as it joined the REF for the first time in 2014. After seven years serving as Head of Department and developing the Department’s research profile, Claire moved on to a University Chair in Area Studies focusing on developing research projects. From 2020 she is directing three research and training projects as emerita professor of French and Francophone Studies at the University of Chester.  For over a decade she has been advising and collaborating with museums and galleries on visual discourses of dissent in art from the French-speaking regions of Africa, has participated in research-led exhibitions in the UK, Germany and Spain, giving public talks to audiences in the US, Africa and Europe on a range of topics exploring the cultural history and contemporary social challenges of countries in sub-Saharan Africa where French is the official language of government and academic research.

Dr Bethan HulseFormer senior lecturer and course director for PGCE Modern Languages in the Faculty of Education and Children’s Service, University of Chester

Dr Bethan Hulse holds a BA in French and a PhD in Education from the University of Chester and is the former head of PGCE (Teacher training) in Modern Languages at the University. It was thanks to Bethan’s invaluable input at the outset of the teaching project in 2016, that we were able to connect with teachers and with trainee teachers who have not only helped design our materials but also test them in the field. Bethan continues to provide the team with expert guidance on the production of teaching materials appropriate to the new A level teaching syllabus for French introduced in the UK in 2017-18. Bethan’s successor as head of PGCE Modern Languages at Chester is Rachel Bryson. Thanks to Rachel’s fantastic support and enthusiasm for the project we have been able to continue the rewarding collaboration with trainee teachers and their lecturers, bringing these new materials for French A level to new generations  in the UK. 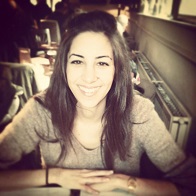 Dr Davies-Hayon’s contribution to the development of teaching materials on this website cannot be overstated. Kaya joined the project as a post-doctoral researcher in French and Francophone Studies at the University of Chester in 2015-16. She was a guiding force in shaping the first exchanges with teachers and trainee teachers where the archives were being presented as potential material for a new section in the incoming A level syllabus where students engage with French language and culture beyond metropolitan France.  The creativity and engagement kaya brought to the project lives on in the materials she helped develop before leaving to take up a full-time academic teaching post at Bristol University and latterly at the University of Lincoln. 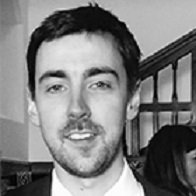 Paul joined the team in October 2016 from a two-year research post at the Université Libre de Bruxelles. Drawing on his publishing experience in French-English translation, Paul has special responsibilities for developing the Savineau Report section of the website. The correspondence section, accessible to you above, is there thanks to Paul’s leadership on developing associated resources while at Chester.  Paul’s contribution to building website and a resource base for the project can be seen throughout the website. As a lecturer in French Media and Communication Paul’s areas of research at Bristol focus on modern and contemporary French literature and thought 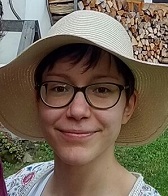 Monika joined the project as a postdoctoral research assistant in October 2017 and has made a unique contribution to the expansion of the website resources, primarily in the Gender and Literacy section. Monika designed some of the downloadable content, including the literacy infographics, and she curated a number of audiovisual resources available on the website. She is now a visiting lecturer in film studies at several universities in the northwest of England but also finds time to continue her invaluable support to this resource by overseeing many technical and content areas of the website. 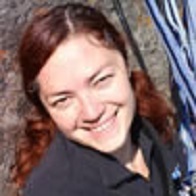 Thanks to Paty’s knowledge and support, the project was designed from the outset as a multi-faceted online research and learning platform. It  incorporates not only the full archive of the Savineau Report (French original reports, plus English translations) but also the capacity to develop teaching materials, virtual exhibitions, digital search tools and research projects as the project develops. Paty continues her connection with the FA:ba project as our external guide and mentor. 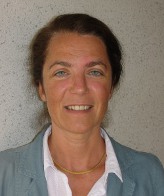 As head of the education team of the award-winning FP7 Europes-esclavages project, Marie-Albane brings her extensive experience of translating new historical research findings into teaching materials on francophone Africa. 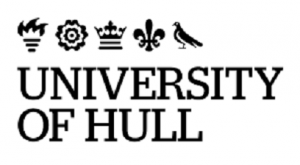